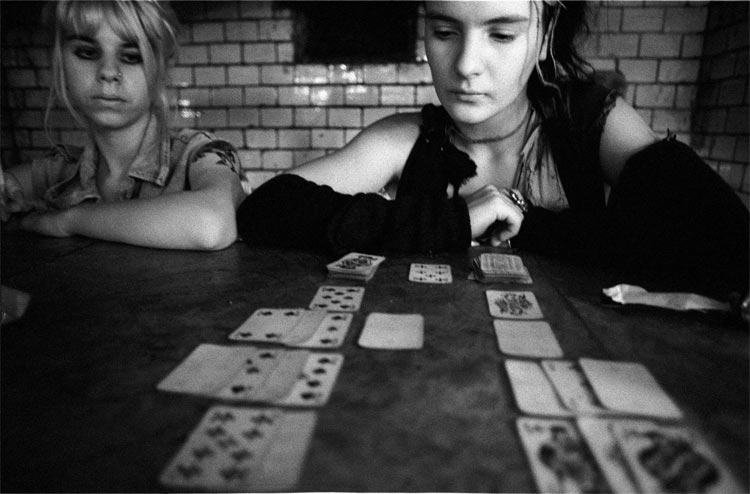 If you get to talking to people who have lived in Berlin for a long time, there is one name that you will probably hear again and again: Ben de Biel.  The native Hamburger (how I love using that phrase) has been living here since the early 1990s.  In those days, the trendy neighbourhoods of Friedrichshain and Mitte were basically a succession of rubble heaps with walls.  It took a lot of doing to eke the current level of street cred out of them (especially considering that the streets were often impassible) but Ben de Biel managed to contribute a fair amount to their word of mouth with his insider’s perspective of the scene. 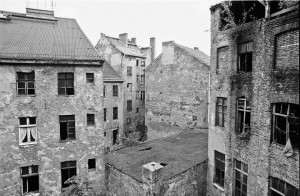 A photographer by trade, de Biel was one of the early underground Berliners to focus his lens on the surreal street scenes created by crusties, artists, immigrants and other adventurous types as they settled into the newly-reunified city, leaving a trail of acid-washed mayhem in their wake.  From now until February 18th, the .HBC gallery in Mitte will be exhibiting de Biel’s photos from early 1990s Berlin.  His images record a topsy-turvy world of barely-there buildings, plastered with scrap art and inhabited by dreadlocked nomadic natives of no place in particular.  The urban jungle that he depicts is currently endangered and rapidly becoming extinct worldwide, like so many other wildernesses.

Another project initiated by Ben de Biel is Club Maria, a warehouse on the river Spree which served as an hedonist HQ from 1998 until 2010.  This month, Club Maria will return from the dead for the third time.   The property that the club stands on is awaiting redevelopment as part of the hugely-unpopular Mediaspree project but the cold economic climate in Europe seems to have given its corporate landlords cold feet, because they keep on pushing the club’s final eviction date back.  So on February 17th, Berlin’s clubland will once again experience a sense of deja-vu as Club Maria reopens for the third time under a new name – MAGDAlena 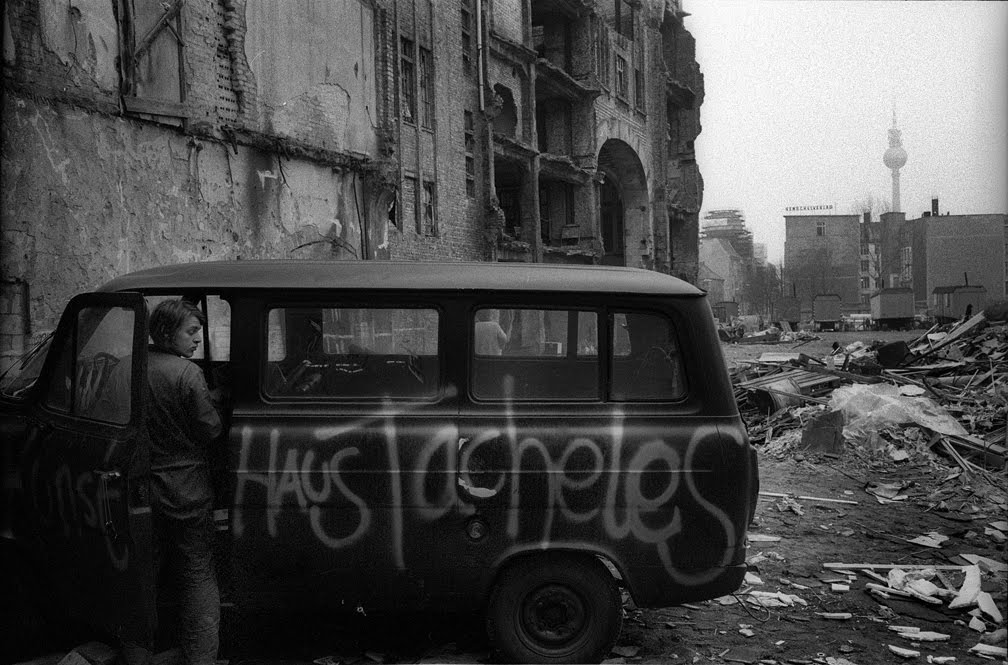 Yet another Ben de Biel project (this guy never seems to sleep) is working as a spokesperson for Berlin’s branch of the Pirate Party.  Founded in 2006, the Pirate Party has vowed to ensure freedom of the internet in Europe.  Naturally,  the party is also opposed to commercial developments like Mediaspree.  Germany is the first country where the Pirates have gotten into parliament and the majority of their supporters are here in Berlin.  I suspect that they also have de Biel to thank for that fact.

It’s not really that hard to see why this rubble rebel’s name comes up so often in Berlin’s underground circles: as an artist, a clubber and a left-wing politician, Ben de Biel really is the quintessential Berliner. 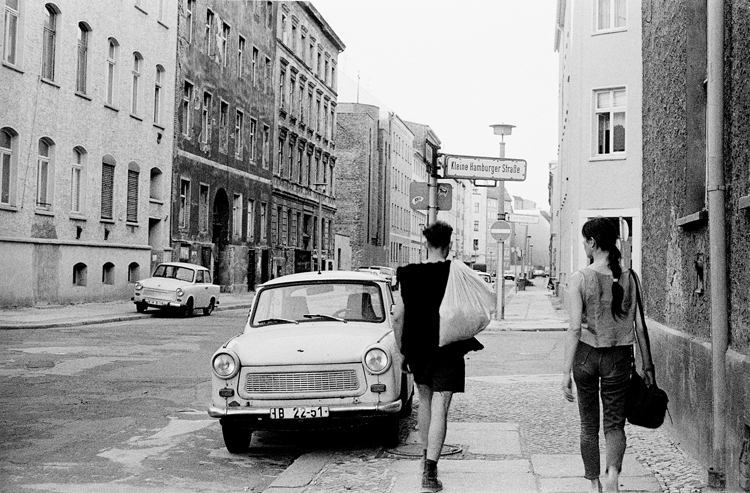