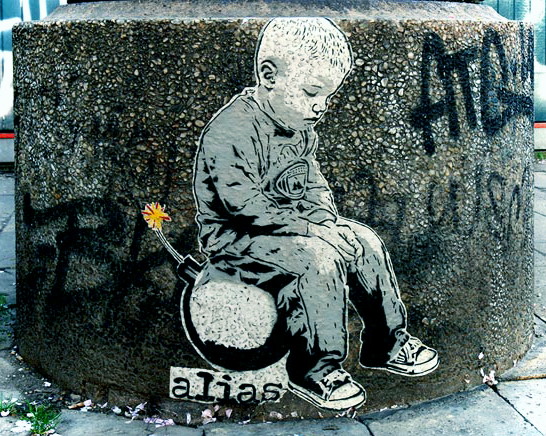 When people say that Berlin has an explosive underground, they aren’t just referring to its radical nightlife and its alternative scenes.  The city’s soil itself is liberally peppered with unexploded WWII explosives.  This is a city where everyday activities like digging a vegetable patch, building a house or even taking a boat ride could potentially bring you face-to-face with a grenade or bomb.  In other words, you don’t have to be radical to feel like you’re living life on the edge!

Unexploded bombs are just one part of Berlin’s legacy as an ex-Nazi stronghold that is still felt by its modern residents.  In the days leading up to Hitler’s downfall, more than 465,000 tonnes of bombs were dropped on Berlin and about one eighth of those bombs never exploded.  They lie rusting below the city’s calm fields and in its river banks like so many overripe seeds, ready to explode at a moment’s notice into a fiery bloom.

A year doesn’t go by in this city without at least a couple of these bombs putting in an cameo appearance, bobbing up from the bed of the river Spree or nestled in an old building foundation, like sinister time capsules.  Now that Tegel airport is due to be transformed into an alternative cultural and entertainment park, the unexploded bomb issue has resurfaced with a vengeance.  A few bombs were found at the airport, both during its construction and after its opening.  No doubt the demolition crews will have to tread lightly too, as will future visitors.  That should add a shot of adrenalin to the activities of artists and dissidents who end up using the space!

So it’s easy to understand why Berlin has such an edgy reputation: the entire city is walking on tenterhooks.  But don’t worry.  If you’re taking a tour with Alternative Berlin you can always take comfort from the fact that we’re  insured for bomb explosions!