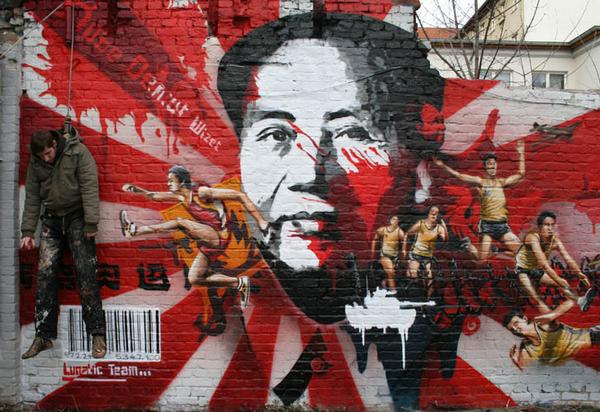 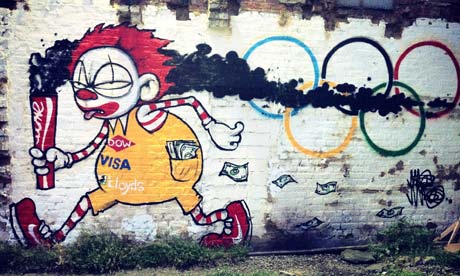 Ever since I´ve been old enough to understand a language, comprehend a concept, value history, tradition and appreciate there was a big wide world out there, the Olympics have been the most anticipated, hyped and prestigious events on earth. The FIFA world cup was a close second and possibly more interesting to me now but „The Games of the Olympiads“ had for a long time an almost Godlike, super human aura about it. The greatest athletes , the biggest and smallest nations going head to head. The wonderful stories of courageous little athletes inspiring millions across the globe. The incredible talents, world record breaking efforts and moments of Olympic magic are etched into our collective conscious forever.

The other wonderful thing was the chance to see a new city and get an insight into the people and the culture of the host nation. For a host nation the games are an opportunity to show the world their city and therefore give their ecomomy a boost through investment and potential tourist dollars.

Unfortuantely with this, it seems more often than not, a dark , seedy and controversial event seems to have soured the sweetest of Olympic dreams.

Some like China previously, will go to any length to show the world a clean, well organized and peaceful world city. In Bejiing an estimated 1.5 million homeless , elderly and undesirable people were driven out of the city centre, exiled , cast out because they didn´t fit the profile of the New China while the world stood by and did nothing. They are not the only country to have exercised such cruel measures. The games have infact been littered with controversy , tradgedy and bizarre circumstances, even overshadowing the event itself.

The 1936 Olympics here in Berlin, was one where the world seemed to take a back step or turn a blind eye to the attrocities the Nazi´s were rumoured to be involved in, as they prepared their war machine and extermination plans. The Munich Olympics brought the horrors of the troubles of the Middle East to our TV screeens. The boycotts of the Soviet Union´s 1980 games by the United states and the return serve by Russia for the Los Angelos games made a mockery of the friendly games and brought politics and the Cold war to the Olympic arena, much to the disappointment of millions of people and the athletes themselves. The chaos of the Atlanta games for many using public transport took the wind out of the sails of that event when it became most glaringly obvious that money and bidding for the games would change the direction and spirit of the Olympics forever.

Which brings us to London and the 2012 Olympias. The very name London 2012 sounds like a brand the way it rolls of the tongue or even a sinister sequel to the Orwin Wells novel 1984. London 2012 might even be closer than what was portrayed in the classic book. The city has more security camera´s than anywhere in the world yet prides itself on being as bastion of culture, arts and multicultarism brimming with history and overflowingly with modernism.

Don´t get me wrong London is a phenomenal city but it seems there is a deep chasm between the have´s and the have nots. The London riots of 2011 were a glaring example of a city and an underground that had had enough of this great divide. Working class neighborhoods, poor misguided , unemployed youth that had to view billboards with success splashed all over them, exploded over the course of a few weeks. The looting and damage , fire and chaos escapaded into neighborhood wide rioting. The world was shocked. The media blamed misguided , unintelligent, bored youth. The reality was people had become fed up with a corporate driven world that had taken over the billboards, the streets, the airwaves.

One year later the Corporate machine rolls into town for the London Olmpics. Never before have we seen such a powerful campaign by the advertising and business sector. The clean up by London city of so-called undesirables and the city itself has been extreme to say the least. Areas that have a London character and soul have been plastered with advertising with slogans borrowing heavily from Olympic fanfare, yet the art and vibe of these areas considered not in line with the clean Olympic image, have been torn down, scrubbed out, painted over and replaced with disgusting and useless propaganda. Some of them in their marketing using Street art and graffiti styles knowing fully well that this is what the neighborhoods are knowing for, as if to add insult to the humilating gaping wounds.

One of the main reasons street art and graffiti is so brilliant, is that it stands up to the bullying of corporate advertising. It doesn´t try to sell anything material except maybe an ideal. It doesn´t invade ones self esteem or make one feel inadequate by displaying a model life. It is what it is, art for the streets , art on the streets for the everday people and for other artists. In other words it is the anti advertising angle that may not appeal to everyone but the distinct difference is , it has no intention of profiting from the average citzen, it´s free art and is a wonderful way to bring colour and a unique indentity to a neighborhood.

To me the horror of these games is the seizure or hijacking of this simple priviledge. The big clean up of graffiti and street art of London is the 2012 version of the Olympics shameful history. The majority of Londoners were sick of the games before they begun. The small business and local traders, horrified to get lettters demanding they not use slogans such as „ Go for gold !“ or „Welcome to London 2012“ or face a trademark infringement case. The Olympic committee are so protective of their „image“ , they won´t let just anyone off the street or a local citzen / trader enjoy the windfall. You must buy this right it seems. Anyone without money or fitting the perfect profile is not invited to the games. The disruption to average citzens lives through transportation problems, excessive crowds, frightening security measures is one thing to expect, but to remove the culture and target certain types of citzens should be an international crime.

Not even stopping at graffiti removal, 31 artists were arrested a week before the games and given strict banning orders to not be in the city centre for the duration of the games. They were banned from using public transport and forbidden to carry spray paint or other painting materials. Even those who are professional commissioned artists who have not partaken in any illegal graffiti actions aside from their daily work for 15 years got the tap on the shoulder and handed the order.

As a fan of Street art and graffiti and indeed the awesome London street art scene, I am as shocked as what I have previously been by the attrocities of former games hosts. The London authorites, Olympic committee and Corporate world have once again got blood on their hands, more like paint on their clothes. It´s a sad, sad side effect of major sporting events. It used to be that politics and sport shouldn´t mix, sadly money and sport these days go hand in hand. I must say despite this I have been impressed by London artists takes on the game with some clever responses and the acts of Brandalism which I think might be a new phase altogether. Go for the Gold paint guys and Reclaim the Streets of London !