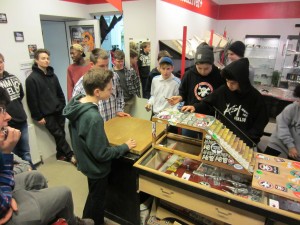 Growing up as a kid in California in the 80s, skateboarding was always apart of the daily life. As kids, our idols were skating abandoned pools, putting out incredible skate tapes and just overall being badasses. One of my boyhood skate idols was Lance Mountain. I remember watching Bones Brigade (http://www.youtube.com/watch?v=5X9iROyjYnU) until the VHS tape stopped working. So when Powell Peralta put out Future Primitive, I was first in line to buy it mainly because I knew Lance was featured in this tape.

As being my boyhood idol, I tried to copy everything Lance did-which then included using something called a Fingerboard. In this video clip (http://www.youtube.com/watch?v=oqRjBh86Lvw), you can see Lance Mountain first using a Fingerboard so of course, I had to get one but there was no way to buy these yet. Any issue of Thrasher or TransWorld SKATEboarding magazine that came out, I had to get and during this time of seeing Lance first use a fingerboard, he also wrote an article on how to make your own (!!!).  So after many failed attempts, I made my first fingerboard and started using it when I wasn’t able to go outside and skate. As the years went on, Fingerboarding became popular with all my friends and when I moved to a colder climate where the winters were covered in snow, Fingerboarding saved my love for skateboarding. We built half pipes, used kitchen sinks for “empty pools”. We would grind the hand rails in our school stairwells. And when the snow melted, we would hop back on our skateboards. 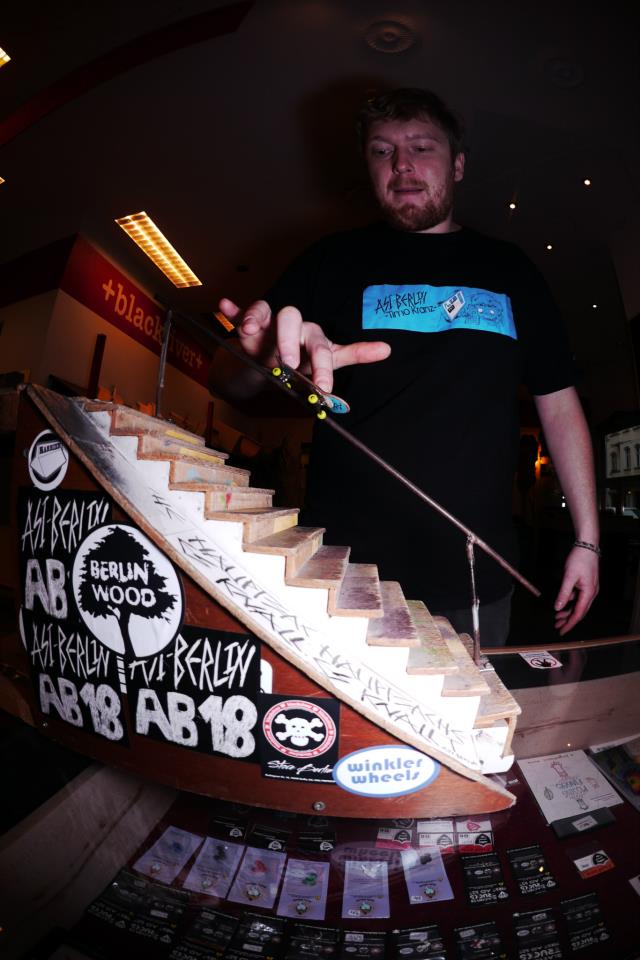 Now, we all know Berlin is the home of the weird in many many ways. So when someone told me there was an actual Fingerboard shop here, I wasn’t surprised but also had the biggest flash of nostalgia. I had to see this place! When I walked into the Black River shop (http://www.blackriver-ramps.com/) in Friedrichshain, I was tossed back to the 80s and I instantly fell in love with Fingerboarding again. The store is filled with people playing on mini ramps, mini pools, mini skate parks, mini rails, EVERYTHING! I felt like a kid again. The massive back room holds competitions and some of the friendliest staff in any store I’ve been to in Berlin. They let me use one of their Fingerboards and skate the ramps in the back. Before I knew it, 3 hours had passed! 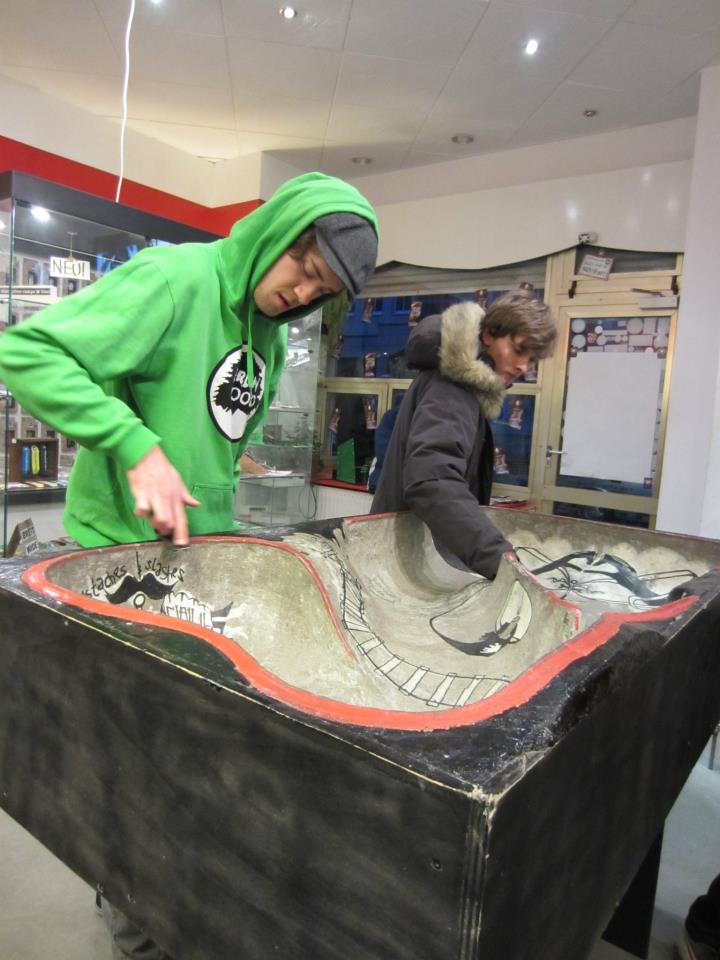 As things do, Fingerboarding has changed over the years. Now the kids doing it are incredibly good. Black River has tapped into this scene in Berlin and have sparked a cultural revival in Fingerboarding. As you can see in one of their videos (http://www.youtube.com/watch?feature=player_embedded&v=5dydTyLaNMk#!) the Fingerboarding youth nowadays don’t play around! Black River and A.S.I (http://www.asi-berlin.com/) hold many competitions throughout the year in Berlin and the crowds are large and full of amazing Fingerboard talent.

I’m grateful for stores like Black River because who wouldn’t want to feel like a kid again? And you can add this as another reason why Berlin is one of the greatest cities in the world.  So, if you need me, you can find me in Black River, wearing my Bones Brigade shirt, listening to tapes of Black Flag and Bad Brains on my walkman and grinding mini ramps.

For more information on Fingerboards and other awesome videos, here are some useful links: 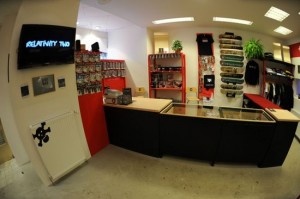 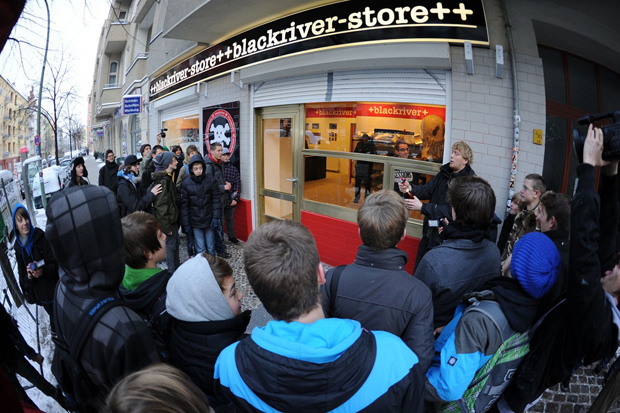 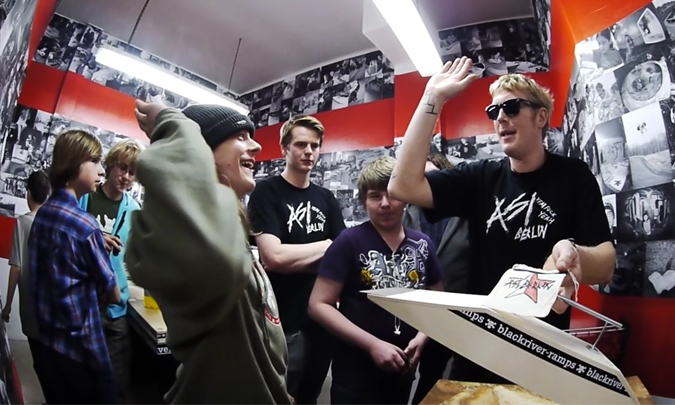