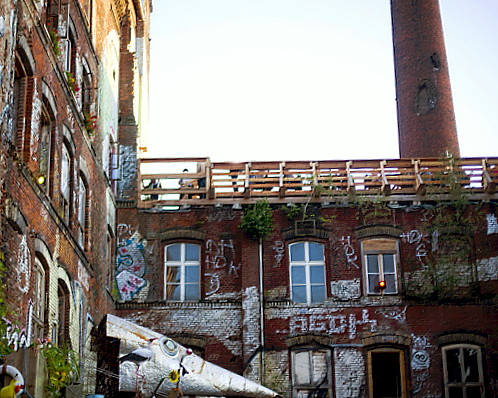 A few weeks ago I mentioned an exhibition by Ben de Biel, a multi-talented photographer who recorded Berlin’s post-Wall years, when much of the city was still an unreconstructed melee.  And when I say unreconstructed, what I really mean is that it was natural.   The city then really was a concrete jungle: bricks escaping from the confines of their walls, girders sagging and twisting like vines, wood being warped by the elements into elegant mis-shapes.  It was as if the elements had escaped the linear confines of the man-made environment.  Naturally, this encouraged Berlin’s residents to do the same. 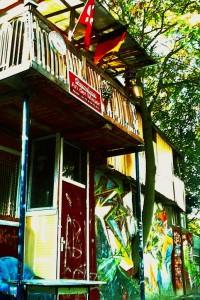 As a result, the urban environment became a place where creativity and evolution flowed as seamlessly as the traffic in other major cities did.  Some of the city’s best legendary nightclubs have showcased the results – the best surviving example today being Kater Holzig.  Some people may be surprised to learn that this exclusive club is located on a site with a long legacy of underground activity.  Before the current residents moved in, the old factory had housed at least two underground clubs and a queer wagon community (Schwarzer Kanal).  The traces of old occupants could still be seen until recently: mannequin-cum-scupltures beckoned from the windows, colourful wagons parked in the yard and elaborated graffiti covering the walls. 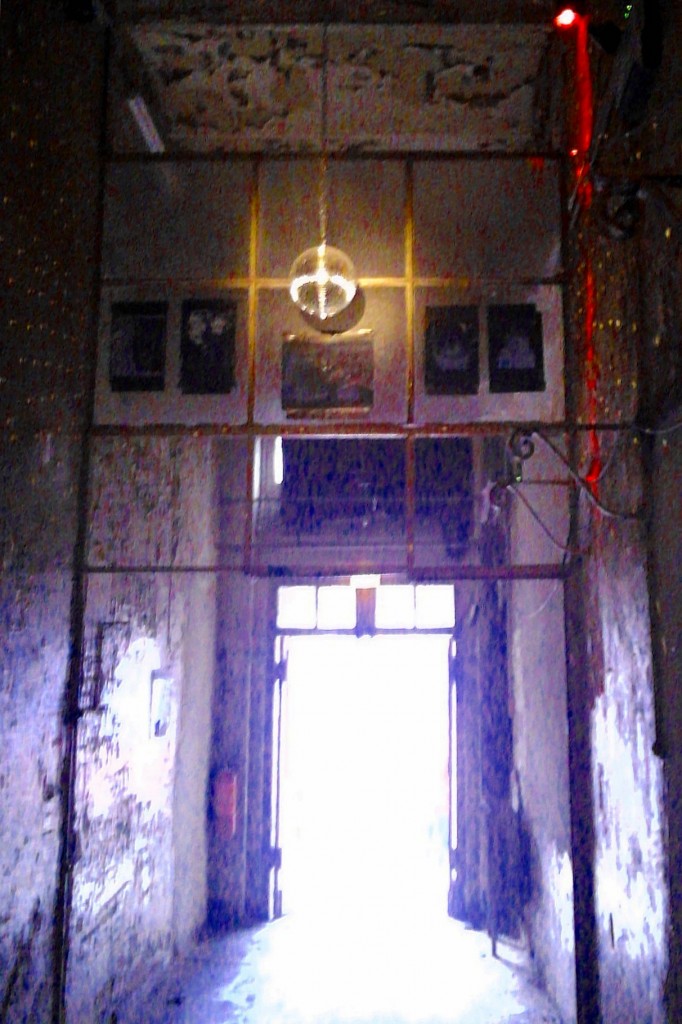 The Turkish House in Kreuzberg is another example of how the city has merged with nature.   In 1983 a recently-arrived Turkish immigrant claimed an unused stretch of land beside the Berlin Wall to plant fruits and vegetables for his family.  Though Mr Kalin met with initial resistance from the border guards, he soon made peace with them and he has been using the site for 29 years now.   Over time it has expanded to include a makeshift house which incorporates a living tree growing alongside, and within, it.  Some of the nature that sprouted up in Berlin’s years of dereliction has also found a permanent home in guerrilla gardens, like Princess Gardens, Moritzplatz.

It was not only plants that took root in Berlin’s fertile, derelict territories; people’s imaginations also used the opportunity to grow. RAW Tempel, an old train depot in Friedrichshain, is a good example of how.  The depot was bombed heavily in WWII and remained filled with rubble until 1998, when some creative, resourceful locals who were tired of looking at its depressing view, single-handedly cleared the site.  Today, the depot is a thriving cultural hotspot with a theatre, several clubs and live music venues, a skate park and climbing tower.  The ethos of restoration and creativity has become the defining feature of the culture that has arisen around both the RAW and in the rest of Berlin.

It would be wrong to say that Berlin is a city where people have started thinking outside the box by choice; rather, the box was blown to bits during two world wars and a peaceful revolution. Creative “nature” helped to rebuild it in body, spirit and mind, and you can see how firsthand with Alternative Berlin on one of our Real Berlin Tours.