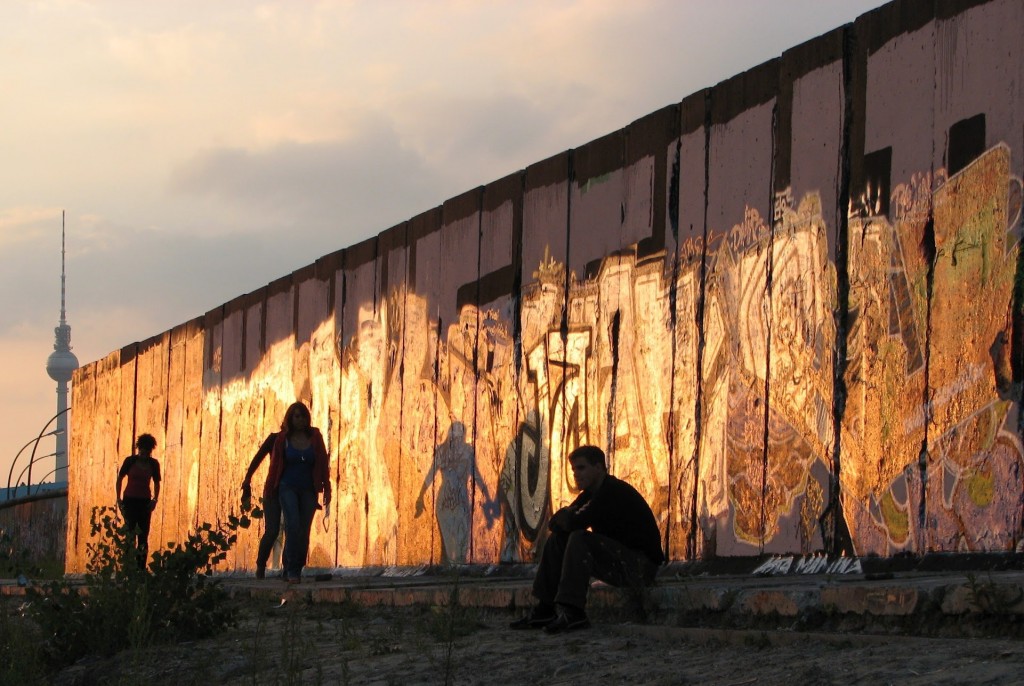 A few weeks ago I stumbled upon by accident what looked to be a an auto repair shop on Chauseestrasse, Mitte. Hidden around the back were several large chunks of what looked to me to be parts of the former Berlin wall. Some were standing in a line like a display in an outdoor show room, while others were standing solitary wrapped in plastic as if they were waiting to be shipped off to some unknown destination. The only thing missing were the SOLD stickers or FOR SALE sashs on them. A bizarre find but it got me thinking what happened to other parts of the wall ?

I have many photos of the Eastside gallery before the make over and touching up it recieved in 2010 more importantly the “Other”  backside or Westside of the Eastside Gallery of the wall were some amazing pieces by KACOA77, 156 crew, Poet, Sear  from GFA crew, Loomit and hordes of other guys. With the touch up they (Berlin city) completely buffed the wall white on the Westside removing pieces that had been there for years in exchange for a plain, dull looking tourist friendly piece of white shit. It truly was one of the most impressive examples of Berlin´s world famous graffiti scene but the city decided to ignore this art history and make this wall , this symbol of separation and division an example of what they believe or want people to believe what is art and what is not.

The brainwashing till this day still continues in many ways with the white washing and beautification of such an icon. Tourists pose infront of the wall, the wall sells on postcards, t-shirts. The Berlin city marketing campaign has us believe the Eastside gallery section of the wall is a magnificent exhibtion, bright, colourful and uplifting. The wall is indeed very marketable and sells very well. Most people are unfortuantely oblivous to the history of it or what it stood for, lives lost because of it and those who profit from it. 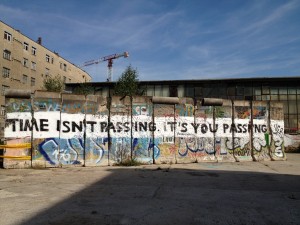 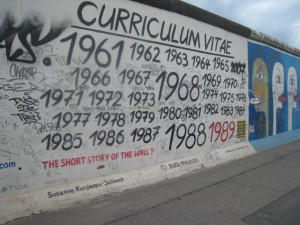 But what happened to the rest of this so-called “Anti Fascist barrier” ?  Over 168 km´s wasn´t just chopped up and sold on postcards or ended up in the German history museum or in the backyards of Germans wanting a personal souvenoir. So after doing some research on the missing wall, some very interesting and strange locations were unearthed for the final resting places of this ominous and frightening structure that for so many years wrapped around the head of the GDR like a concrete blindfold. 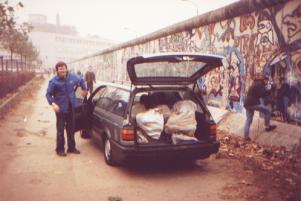 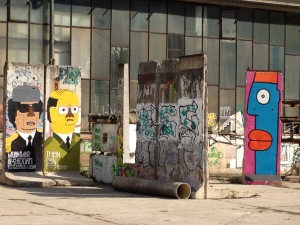 Some places that house parts of the wall such as The Allied museum in Berlin ,  The EU Parliament in Brussels, Belgium, European Court of Human Rights in Strasbourg, France and The Esplanade of the 9th of November 1989, Porte de Versailles, Paris, France make perfect sense to me  but how the hell did the Berlin wall end up in the the Bengal Gallery of Fine Arts in Bangladesh, The Centre de Commerce mondial de Montréal, Québec, Canada, The St George’s Mall in Capetown, South Africa and the Vatican of all places ???

I understand some crafty businessminded folks might have quickly realized that the Wall is  a very attractive souvenoir or tourist attraction but I must wonder who controls this or allows this trade of the Berlin wall ? Surely these traders pay tax no ? Or is the wall the sort of rich artistic commodity that increases in value in time or according to who has previously owned it ? I mean surely a piece of the wall from The Ronald Reagan Peace Garden at Eureka College in Illinois, USA is worth a tad more than a piece from the Harmonie German Club in Canberra, Australia or the 10 segments of the wall that were delivered on Valentine’s Day 2008 to the town of Spilamberto, Spain have a bit more romanticism than the piece at the Samilgyo bridge in Seoul, South Korea ?

If the Ampelman traffic light symbol has been patented and the owner reputedly has made a fortune out of it then surely there is enough parts of the wall or shares of the Berlin wall to indeed turn it into shares or float the wall on Wall street. As I mentioned before some amazing art adorns the Eastside gallery (The most famous stretch of the wall) and formerly some super graffiti. The famous image of Thiery Noir´s minimal cartoon like face is still on display at The Eastside gallery, Potsdamerplatz and numerous pieces sold around the world. Thiery was one of the original wall painters, crawling through, under, above the wall to paint it while it stood, avoiding border guards and various hazards to make political statements about this ridiculous wall separating families, a nation and the Eastern and Western worlds. Him and his partner Chistopher Bouchet clearly had an emotional attachment to the wall even after the wall fell when they battled in court to recieve some of the profits from the sale of the wall which contained their art. They possibly did not have the same emotional attachment as the Swedish woman who in 1979 married the Berlin wall , legally !  This is another story altogether but begs the question does this mean this woman also has a claim to ownership of her husbands assets, The body of The Berlin wall? I´d really like to see such a ridiculous situation like a custody or inheritance battle land in the European courts like some sort of real life Phil Donahue show. That would be some pretty amazing publicity for quirky Berlin thats for sure.

Some parts of the wall still remain at large or unknown like the pieces that went missing after an exhibition in Basel, Switzerland and  New York City. Some pieces have found homes at Army bases and Forts in America and England. Others have found pride of place at Global business empires such as Microsoft in Redmond, Washington to some unknown reason to inspire employees. While the wall has made it´s way to South America, Asia and Nova Scotia, Canada it good to see Germany also still owns some pieces in Bremen and also Berlin at the Freedom Park, Brunnenstrasse and some pieces hidden away from sight awaiting the next wave of buyers of this most unusual of collectors items. 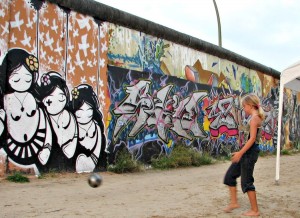 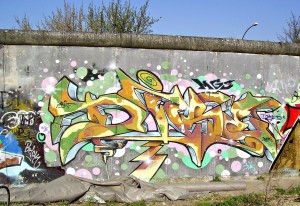 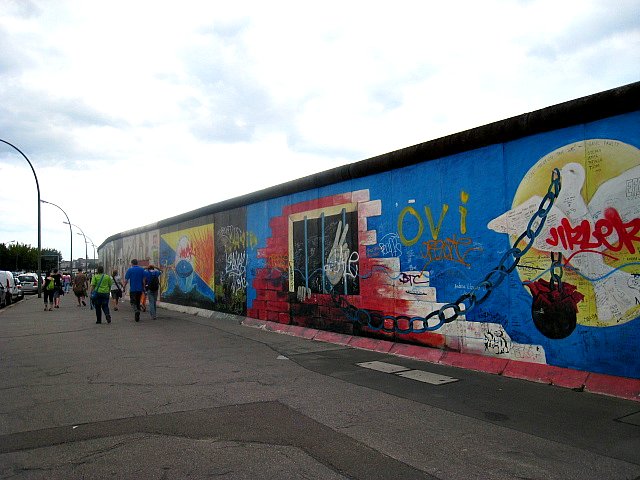