It´s Mayday again, whose up for it ? 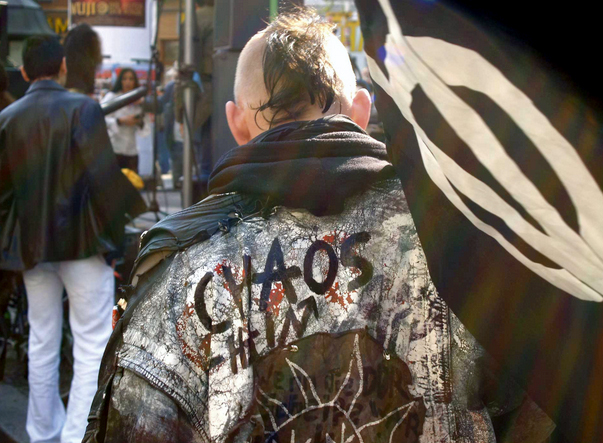 I recently returned from taking a road trip to Amsterdam for the weekend, also for the first time and I have to say that Amsterdam was even better then I could have ever imagined!

Whenever I speak to people lately, they seem to always have the same question. When I mentioned that I was going there or had been there, they kept asking if tourists are still allowed into the infamous coffee shops. Well, the answer is yes, just to clear this up, it was a rumour a few years ago that has kind of stuck. It is still totally open to the public and very, very awesome! And yes, you are still able to sample the finest Amsterdam wares, if you catch my drift 😉

After seeing places like Amsterdam and a few other places in Europe, Berlin is still a European city like no other with it’s raw edginess and always evolving messiness. I did not see a speck of dirt in some parts of Amsterdam,  but the decaying and rough edges of Berlin mixed with it’s incredible history are in my opinion what give it it’s  ever-alluring charm.

On the topic of Amsterdam though, it was hard to imagine in such a perfect, clean and well organized place, that there were ever the crazy riots and madness that we have all grown so accustomed to due to their fairly regular occurrence  in Berlin.

Just over 30 years ago, much like the many evictions of squatter houses that we have seen recently in Berlin, there was a violent eviction of a squat in Amsterdam in 1980. For the first time since world war 2, tanks were seen in the streets trying to maintain order due to the chaos that came about when police tried to forcibly remove squatters from Vondelstraat. There has always been a housing problem in Amsterdam due to the fact that their are old pre-war properties and not too many new developments, so back then there were plenty of empty houses that were taken over by squatters.

The said night in March though ended up absolutely chaotic and  a night to go down in history with Molotov cocktails, bricks  and even  a fridge being thrown down to the street from 7 floors up! 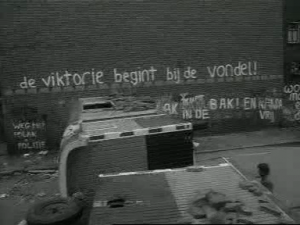 Sounds  a tad more intense then the goings on in Berlin, but the police here are ever prepared if not over prepared for any things like this happening here.

For more information about Vondelstraat check out this link :-

It is almost that time again as I mentioned for the upcoming 1st of May madness in Berlin.

The day was originated by the Nazis as the National day of Work in 1933, but today it is called the “Day of Labour” (“Tag der Arbeit”) and it is mainly for far-lefters and labour parties to demonstrate.

It is more of a street party then anything else,  with potential for it to however get out of hand later on,  but allegedly not until after dark.

Here is the website about it in case you feel brave enough to venture out.  😉 Though apparently it really is a  good event.