Summer in Berlin is a hotbed of activity with many festivals, events, concerts and parties taking place all over the city. To help steer you in the right direction here are our Top 5 event tips for July which include a boat party, an outdoor cinema screening, a music festival, a street food party and a new techno street parade party! Enjoy!

We may be far away from the glistening turquoise waters of Ibiza, but Berlin still has its own boat party! On July 11th fourteen different club and/or label organized boats will cruise around Berlin thumping out electronic beats as part of the Berlin, Beats & Boats festival. After cruising around for a few hours, the party will then continue in Arena Club until the wee hours of the morning. 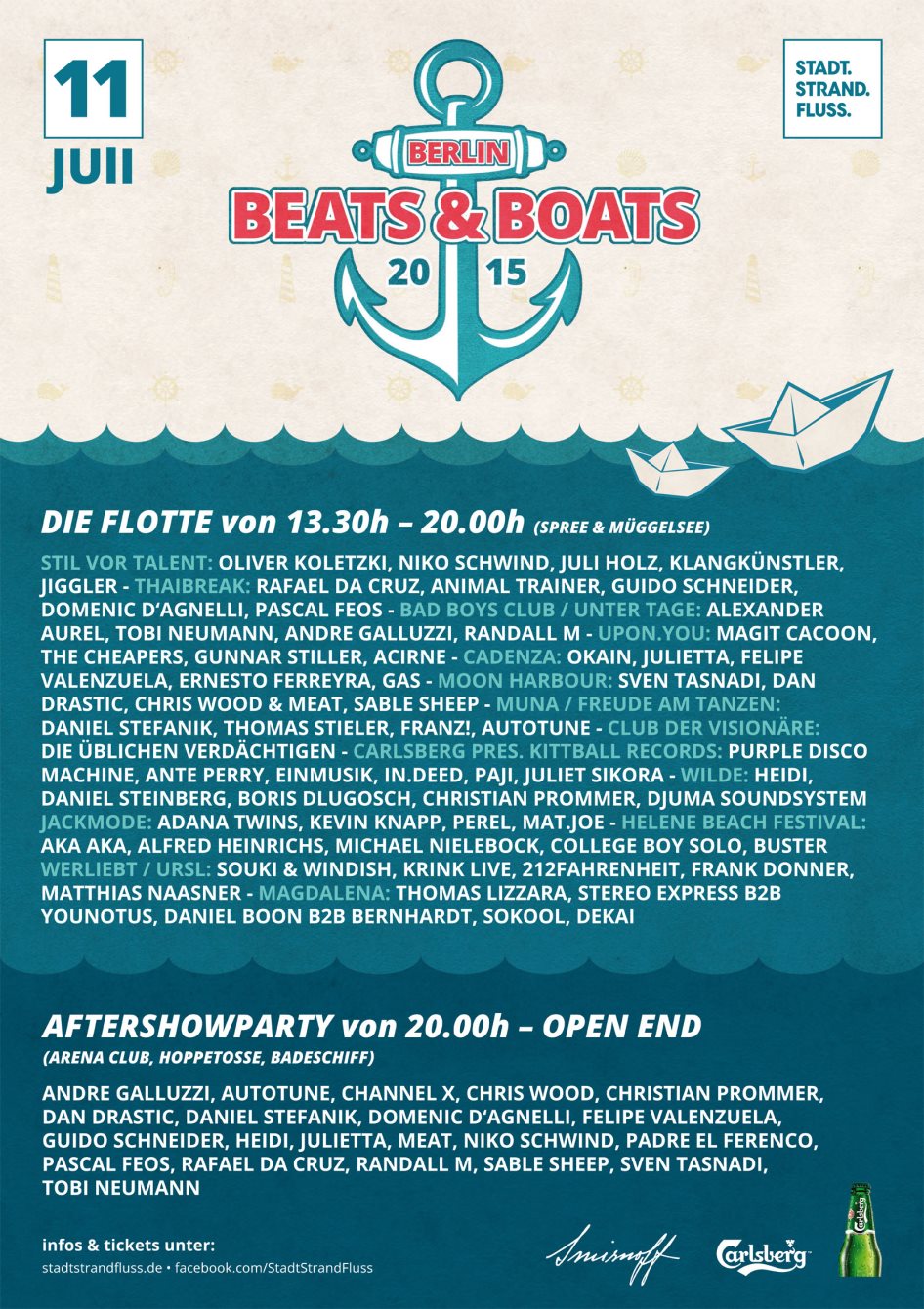 If you have previously joined us on one of our tours at Alternative Berlin you would know we love to share stories with our guests about 1970′s and 80′s wild West Berlin. For those of you with a vested interest in the debauchery, craziness and downright silliness that went on in West Berlin, we highly recommend that you check out the newly released film B-Movie: Lust & Sound in West Berlin. The film is currently screening at many cinemas, but we suggest checking it out on Monday July 13th when it is screened at the rooftop bar Klunkerkranich.

If you’re more of a live music fan than an electronic DJ fan we highly recommend the now 25 year old housing project/bar/concert venue Schokoladen. Their regular concerts are great, but if you want a full weekend of live music from a variety of genres, you should get on down to Schokoladen’s annual courtyard festival taking place this month between July 17th and 19th. 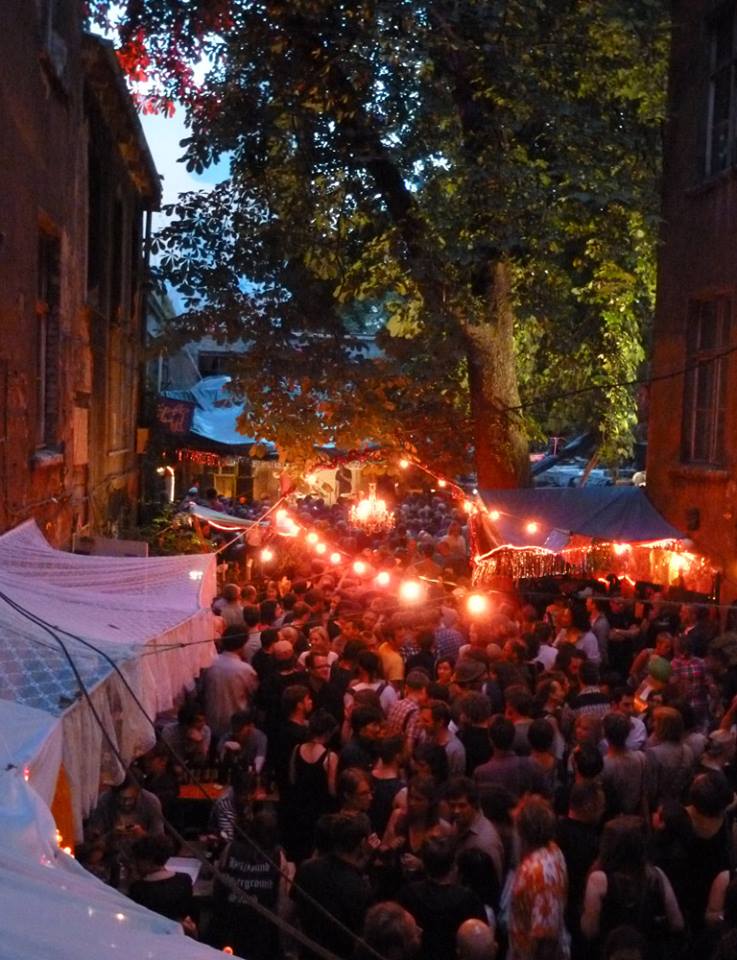 Since the introduction of food markets like Bite Club and Street Food Thursday’s Berlin has become a hotbed for Street Food markets, restaurants and pop-ups. It was only inevitable that this new street food love would combine with a classic love for Techno music. If you want a serving of tasty street food, in this case of a Thai variety, with a side of thumping Techno, we suggest getting along to FluxBau later this month for Opal Collective’s pop-up Thai & Techno event. 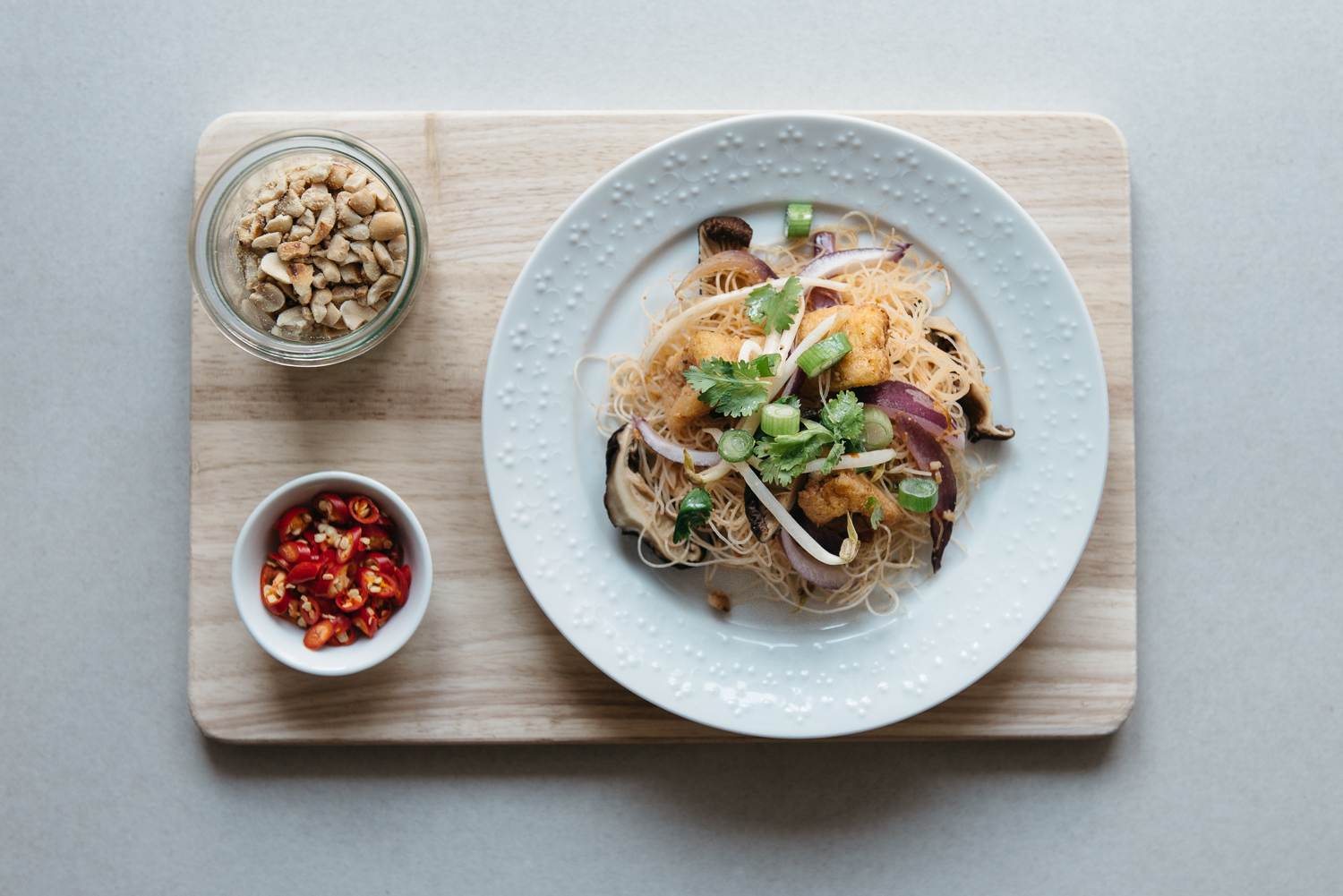 If you live in Berlin and haven’t heard of Zug der Liebe, you may be living under a rock. Since the organizers of the legendary Love Parade announced they were looking to return to Berlin with a new festival/demonstration, it has been the talk of the town. This July 25th you can join in the fun and games as an epically long routed rolling techno parade makes its way around the streets of Berlin eventually finishing in Alt Treptow where the party will continue. If you missed seeing Love Parade, the may be the closest you’ll get to the original!