If you thought July was an action packed month wait till you see what August has on offer! For this month we have a varying selection of exciting events that include a demonstration, a festival or two, outdoor parties and even a massive hackers meet-up. Enjoy!

Once a year Berliners, Germans and internationals alike demonstrate through the streets of Berlin calling for the legalization of marijuana in Germany. Under the slogan ‘Use Hemp’ the 2015 demonstration will take place on August 8th and is expected to bring in a crowd of over 7,000 weed loving beings. So if you love all things green, join in and put this legislation up in smoke. 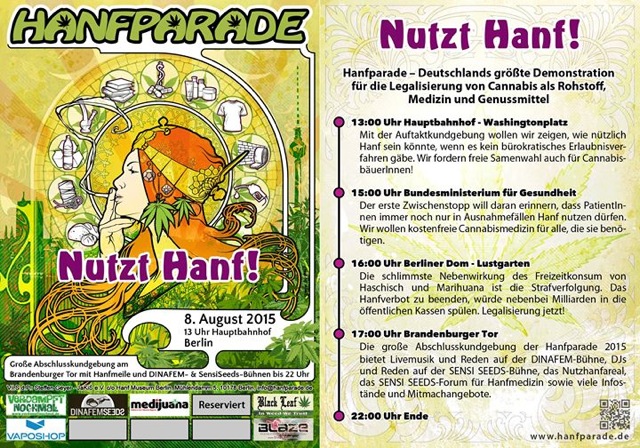 Back in 2013 Dimitri Hegemann, the owner of Berlin’s famous Tresor club, resurrected his 1980′s experimental music festival Atonal after a 23 year hiatus. Although the stages will most likely not get ripped apart by jackhammer-wielding band members, like what happened when Einstuerzende Neubauten hit the SO36 stage at the first ever Atonal festival in 1982, I’m sure it’ll still be a banging good time. Check it out from August 19th to 23rd. 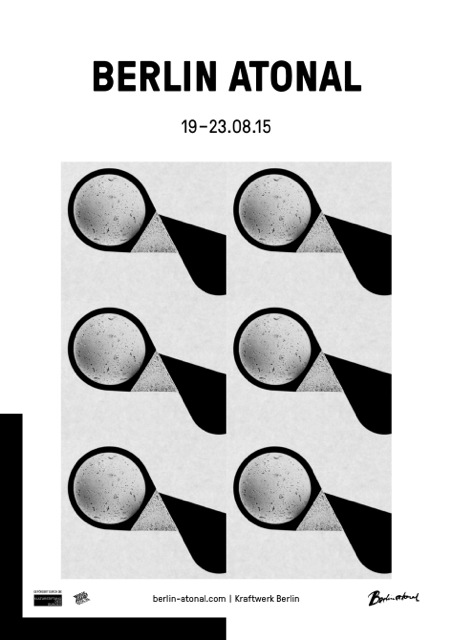 If you are looking for a special weekend out of the city this month, we highly recommend you check out the three day Artlake festival. It will include dj’s, live music, arts, workshops, street food, a cinema, yoga and much much more. Check it out this August 28th to 30th.

If you have previously spent time in Berlin clubs, open air parties or at Mauerpark on a Sunday, you may well have come across Berlin’s now famous bubble blowing partying grandpa Komet! So famous is Komet that he now has his own open air party! Go join Komet on August 9th at Magdalena club to dance, blow bubbles and to raise money for a variety of charities.

Do you remember in 2014 when the German government (as well as others) were exposed for spying on their citizens? This was mainly thanks to the hacking group Chaos Computer Club! Over the last couple of years this very influential group have been putting on a very special event for hackers and others curious to find out more about CCC and the work that they and others do. Join them at their camp this month where there will be guest speakers, special light displays, music and even a steam train to take guests to various sections of the camp!