It´s starting to feel like the last days of winter in Berlin, with the sun appearing to provide some comfort to these rather chill days we´ve been experiencing. Not quite the weather required for outdoor expo´s, raves or market action so most gatherings are still indoors and under cover at least for the month of March. This month´s blog features some workshops, comedy shows and exhibitions in heated, cozy venues. It´s still the right time to get a hot coffee, a glüwein or a whisky and make yourself noticed. 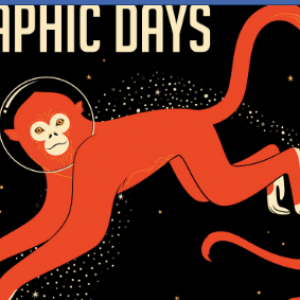 2.Morphium; Hallucinations of a Kabaret

An exhibition focussing on the provocative and colourful characters of the Weimar Republic. A unique interpretation of Cabaret in a gallery setting through portraiture, film and installation whilst intertwining theatre production and figurative painting. Berlin based artist, Alana Richards’ beautiful oil paintings portray a smoky underworld of scandal, intrigue and self indulgence through the glamorous, extroverted and shadowy characters of this most decadent and exciting time.

This exhibition runs to March 6 at The Ballery, Nollendorfstraße 11-12, Schöneberg, a district most certainly closely connected to the golden era of Berlin´s roaring 20´s.

Chessboxing is a sport where the physical strength of boxing meets the mental concentration of chess.

At the end of each three minute round the combatants spare off in a game of chess.

The idea of the sport is said to come from the 1992 comic Froid Équateur written by French comic book artist Enes Bilalović that portrays a chessboxing world championship in the cartoon. An earlier real life version of combining chess and boxing was supposedly to have taken place in a outside a London boxing in the late 1970s while other references to the hybrid sport come from the Kung-Fu movie Mystery of Chessboxing(1979) and the Wu-Tang Clan’s song “Da Mystery of Chessboxin'” from1993.

The organisation invites ordinary people to test themselves in this game of stamina and thinking at the Festsaal Kreuzberg on friday March 16th. 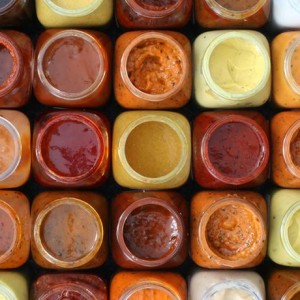 Now here´s something a little different for foodies out there that are looking for more bang for their bite. This workshop hosted by the Edible Alchemy CoLaboratory aims to teach the secrets of fermented hot sauce to unlock the complex tastes and spices from raw vegetables. As well as learning about the history of this unique style of preparing food, participants will have a DIY hot-sauce station to take home their own creation. Some like it hot !!!

We finish off the month of March with a good belly laugh at this evening of English-Language stand-up comedy with two extended sets from the amazing Rollercosters & Todd Stuchiner comedians.

The Show is hosted by Scottish Comedian : Neil Numb (Cosmic Comedy Berlin) at the IL KINO Berlin Nansenstrasse 22. Tapas and drinks available at the bar and this growing scene in Berlin is one of the friendliest and upbeat ones you´ll find as both hosts and performers mingle with the crowd between sets.